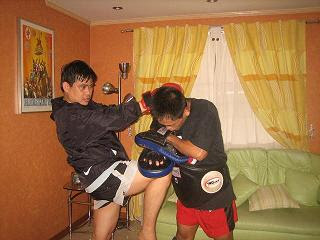 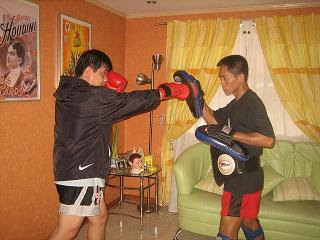 Okay I confess...I usually glue myslef in front of either the computer or the DVD player. I have gym affiliations but I find it so difficult to get out of the house and go to the gym...to call me a couch potato is an understatement.

But I needed to burn some calories and the best way I know is MUAYTHAI...so I called my MuayThai instructor from the MuayThai Assn of the Philippines (MAP) and we started doing home training last Tuesday with some very light training. Today we stepped up a notch and I just love it...

So for those of you who want to have MuayThai training in the comfort and privacy of your own home...let me know so I can ask someone from the National MuayThai Training Center in ULTRA to help you.

Your place does not have to be big...check out my photos. We just moved some of the furnitures and bwalah...our own MuayThai training gym... :)
Posted by WANLU at 11:31 PM No comments: 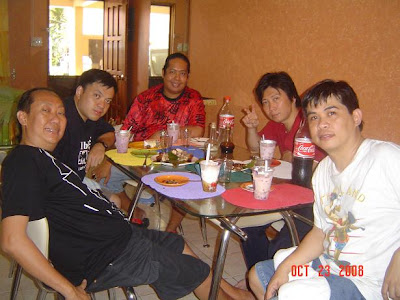 Magician friends visited me and my family in my humble home today... 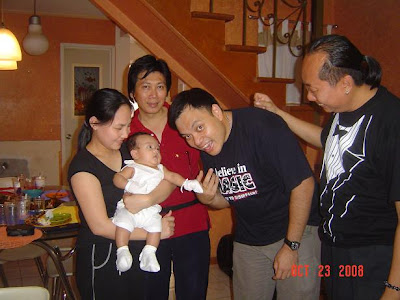 Also in the picture are my friend the Amazing Arnold, my wife Debbie and my new baby boy Eli :) 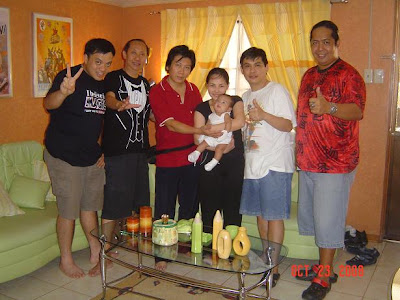 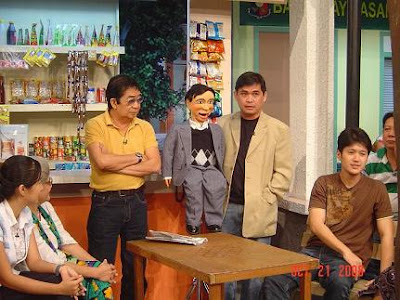 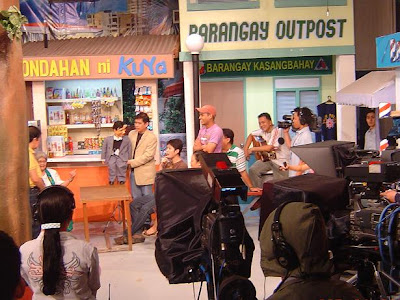 Mackoy was featured this morning in "Good Morning Kuya" over UNTV Channel 37. The segment was short but sweet :)
Posted by WANLU at 10:38 AM No comments: 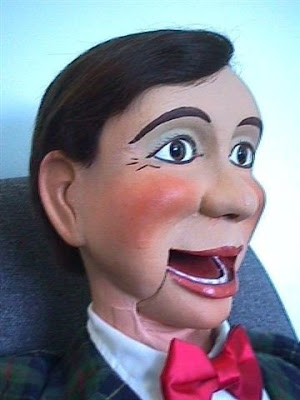 I bought this RARE 1919 MACK-MARSHALL figure.

It feels so cool owning a piece of vent history :)

I call him Mackoy Franks as a tribute to some great people...Theodore Mack, Charlie Mack, Frank Marshall and my dad, Col Enrique T. Lunaria who served under the Marcos regime for decades as a Colonel in the Air Force. My dad served as the Group Commander for Basa Air Base under Wing Commander, General Aquino.

This beautiful example from the shop of Theodore Mack & Son, Charlie Mack, dates to circa 1919 and was owned by noted vaudeville vent, John Schaibley a.k.a. Johnny Raymond. This was one of John's back up heads to his main Mack figure, "Woody." Charlie McCarthy came out of the Mack shop, and the beautiful example offered here has that classic "Mack look" that made the Macks the most sought after carvers of their day! Many of the great figure makers that followed, including Alex Cameron, Ken Spencer, and Frank Marshall, all learned their craft working in Charlie Mack's shop!

In addition to the standard moving mouth and turning head, this figure is also equipped with a right eye winker and a cryer.

Another feature which makes this figure particularly collectable, is that it was repainted and wigged by Frank Marshall. Frank's business card is still tacked inside the head along with handwritten notes most probably to record the repairs done on this figure:

This figure was obtained from the collection of noted vent and vent historian, Bob Isaacson. Mr Isaacson noted that Mr Schaibley had 3 figures. The first one was made by Charlie Mack and the rest, including this one were made by Frank Marshall himself. Mr Marshall was employed by the Macks and although this head was made by FFrank Marshall, it is still a Mack head because it came out of the Mack shop. Thus making it a MACK-MARSHALL.

Mr Schaibley confirms this in his book "Memoirs of a Ventriloquist."

Page 9/1918 "The figure with one winking eye cost, I believe, $27. although I had other figures made, I used that figure all the time of my professional span of fourty years. I used the spare heads only when the 1918 figure was in the shop for an overhaul. Charlie Mack figures are still considered among the finest."

Page130/1923 "I left Ruth Ann in Chicago but took Frank Marshall, the man who made the ventriloquial figures with me."

Since this was a back-up head used in vaudeville by John Schaibley in 1919-1922 when his original 1918 "Woody" is in the Mack shop for an overhaul, it did not come with an original Mack body. Nonetheless, the body it has was made by two of the greatest vent figures of all time. The body is by Foy E. Brown, and has the "rocking clavicle" feature, allowing the figure to look down at the first row of the audience. The hands are carved wood in the Mack style by Conrad Hartz. 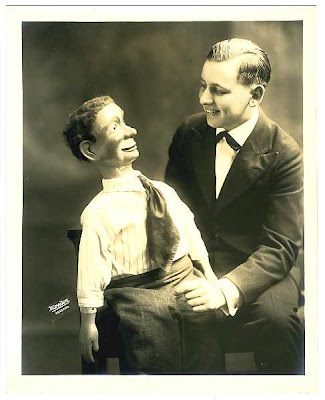 Notice the picture of Mr Schaibley with this figure taken in May 1920 in Chicago. The date matches the repair dates in the figure's head and again the story in Mr Schaibley's book.

Memoirs of a Ventriloquist

Page 38 "New York City" ..."I found a room on 51st located where today stands the stage of Radio City Music Hall" (thus the 3rd repair date)... "The girl took my name and I gave her a set of photos and on the back was my stage name Johhny J. Raymond, vaudeville's youngest ventriloquist. My pictures were impressive."

Oh by the way...it was a whopping US$3,000. It proves that toys for the big boys are not exactly cheap!!! Not to forget the peculiar irony of "dolls" for boys...
Posted by WANLU at 7:41 PM No comments:

Spice up your party with Wanlu's Ventrilo-Hosting. Let Wanlu and his partner handle the raffle and announcements for your next party or event.

This sample video was taken at the residence of Sir Chavit Singson for the GMA TV show Joaquin Bordado stars and staff.