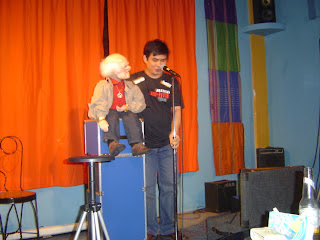 We had a Writers' Night- Open Mic at Conspiracy Bar last night. With me were Ony Carcamo who hosted the show with his Mack figure Nonoy...plus Flooch, Chayno, Diego and Sam.

Three stand-up comics from Comedy Cartel headed by Stanley Chi joined us as well.
I performed with Don Dom and my new standing figure Caloy :) Both figures I plan to use for my adult gigs only.
Sam Fuentes was with his creation...a very cute Pussy Cat :) The introduction caught me off guard...it was hilarious.
Flooch tried his skills in manipulating Caloy over an improv routine with Ony :)
Chayno and Diego took pictures :)
After the Open Mic..we were all treated with some great music from Heber Bartolome et al. 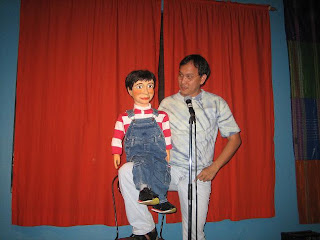 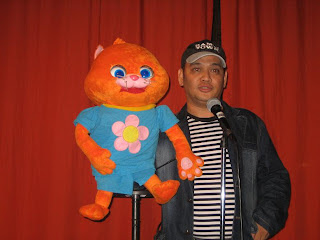 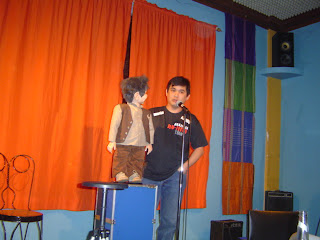