In 1990, I co-founded a group called The Magicians' Foundation Inc or MAGFI. My co-founders were David Lim, Mimmo Tapiador and Danny Luchavez. MAGFI is without a doubt the best magicians group in the Philippines and the group that has produced the most number of sought after Magicians in the country today. Magfi eventually became the first International Brotherhood of Magicians (IBM) Ring in Manila and was officially bestowed with the prestigious Superior Quality Ring Award from the I.B.M.


The group has been blessed with great leaders in the past. Past Presidents' list include David "Dave" Lim, Enrique "Burik" Nadela, Danny Luchavez, Amos Galvez, Nap Bargas Perez, Ronaldo "Doc" Moraleta, Demetrio "Master Dem" Cuizon and Allan "Aldino" Rondina the immediate past President.
This year, Magfi has a new beginning. A new leadership under it's new President, my friend Rannie Raymundo. Rannie has a lot of things planned for the group as well as for all it's members.

Photos from the past: 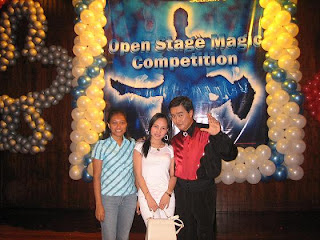 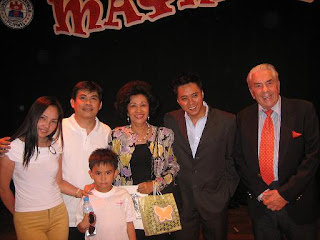 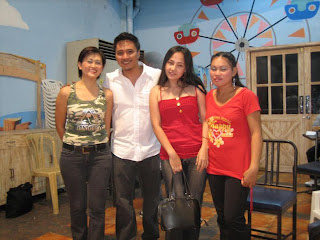 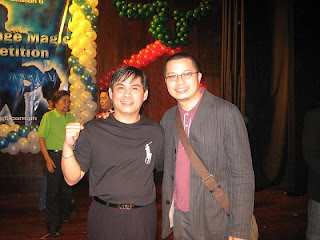